First of all. I SWEAR by this!

Just so you know I am not paid to advertise (yet lol) so I wouldn’t say it unless I meant it.

Bravo to all the girls that get out of bed, puts their gear on and tot off to the gym, you are braver than me, I salute you. I did this for a few weeks and I hated it and it wasn’t because of the work out, but how much it felt like I was walking into a male dominated place! There was something about it that just gave me the shakes.

I wanted to work out at home, but didn’t have room for the equipment like many of you out there. I do yoga in my bedroom but it wasn’t getting my heart pumping! THEN through the clouds and the sunshine, Charlotte Crosby released her first work out video, called ‘3 Minute Belly Blitz’ and shortly after this, out popped the same version but for that bot bot! 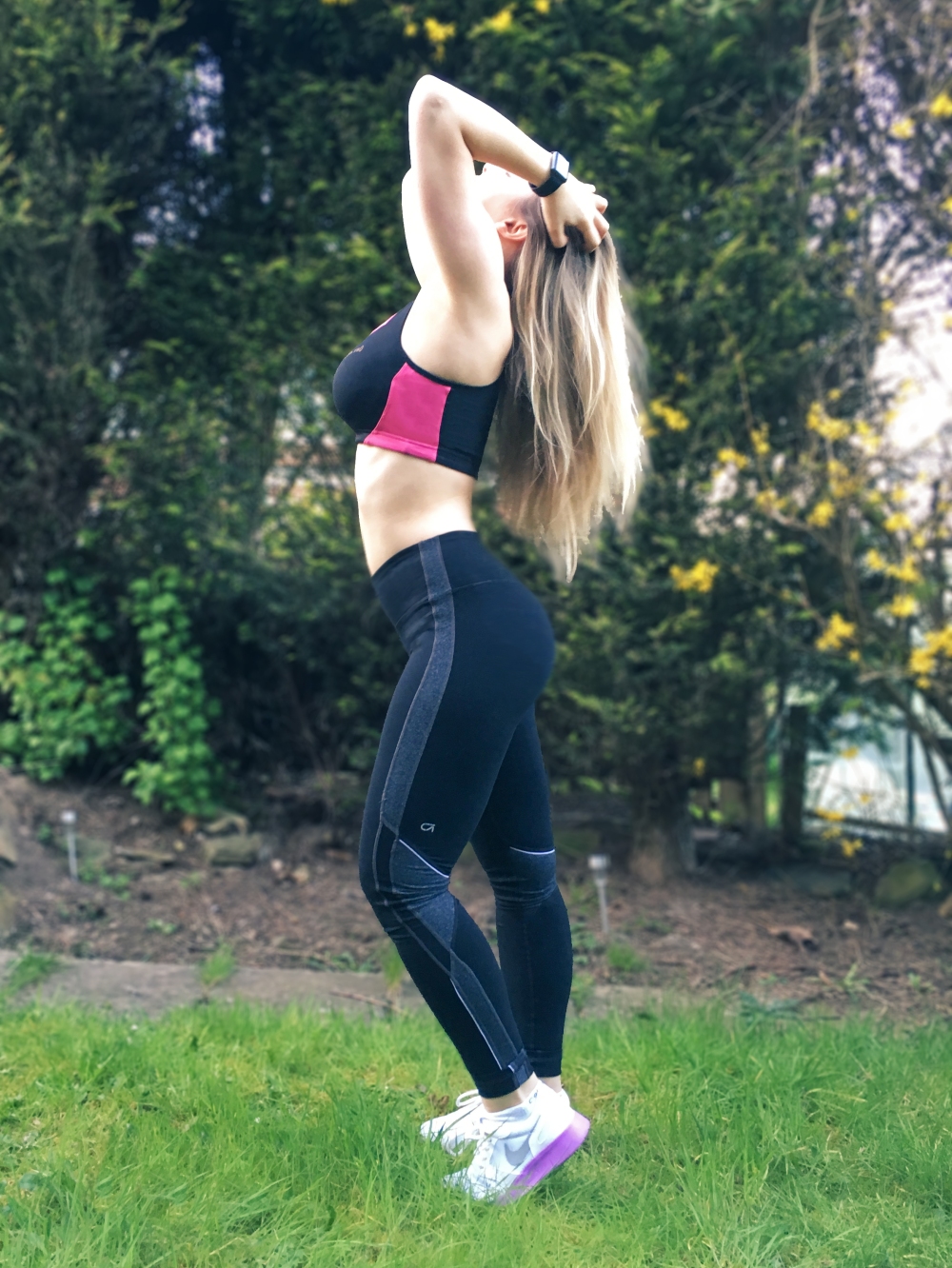 This was a god send, a good heart thumping  work out that was broken down into 12, 3 minute sections, that was all targeted on that place that is so popular to have big at the moment. I could do these work outs in my room, alone, without any male attention (apart from Cal, but I didn’t really mind that lol) You can do it as little or as often as you want, I tend to try and do it 3/4 times a week, along with a healthy(ish) diet, and the pounds come off.

I found the first time I ever did it was easy and I seemed to get through it very fast, well I soon found out that was some sort of beginners luck, because the next couple of weeks had never been so hard, I don’t actually think I’ve ever sweated so much in my life, there’s a lovely image for you  😉. You soon begin to learn it off by heart, so now I tend to have it muted and put some Taylor blasting out whilst doing it. Yes, I know what you’re thinking, Taylor Swift isn’t the most upbeat work out songs in the world (with the exception of Shake It Off) but each to their own, so don’t judge.

The thing I think I love most about the bum blitz is that it doesn’t solely focus on your bottom, it also works on your legs and tummy, and even your arms, so you’re benefitting a bit of everything.

So I hope I’ve inspired you girls out there to buy the dvd. I bought mine off Sky, they sent the DVD through the post, however it is on my planner whenever I want to use it. I’ll probably take the DVD to New York with me so I can still work out while I am over there.