Everybody here was someone else before – Taylor Swift

Almost instantly I felt better within myself physically and emotionally. As soon as we got through those dreaded customs without being told to turn around and go home I knew that everything was going to be all right. It is an understatement to say that the last few months have been a tad difficult for me. With Cal’s original VISA being revoked due to worldwide security, the lack of work I’ve had, discovering new friendships and realising old friendships and more or less worrying every day that our dream to live in New York City was not going to happen, its safe to say that I was losing quite a lot of sleep. After finishing Uni and not looking for a career job, putting my life on hold for months I was beginning to think that this was a super bad idea. But with only four days in, I can say how wrong was I?

It’s true that problems remain in your life even if you are thousands of miles away from it, but something about getting away seems to just make you feel happy and free. ‘Out of sight, out of mind’ is something I find myself saying more and more often.

Walking around New York City feeling the subway rumbling underneath your feet, people rushing around going to work or other fellows tourist exploring the island, LOADS of cars constantly beeping, the famous yellow taxis that have been renovated since I last was here in 2004, the top of the sky scrapers disappearing into the clouds, sometimes I almost picture Spiderman swinging between them. It makes me laugh as watching ‘The Amazing Spiderman 2’ with Cal in 2014 was when I first realised I wanted to live here and so I turned to the him in the cinema and said ‘can we live in New York when I finish school?’ I hadn’t even finished my sentence before he said ‘YES!’ Two years later……here we are, sat in Starbucks while it pours it down in rain! 😂 unable to explore because of the torrential rain, jumping from coffee-house to coffee house, with a trip to Sephora in-between. I thank my lucky stars that I decided to bring my water proof! 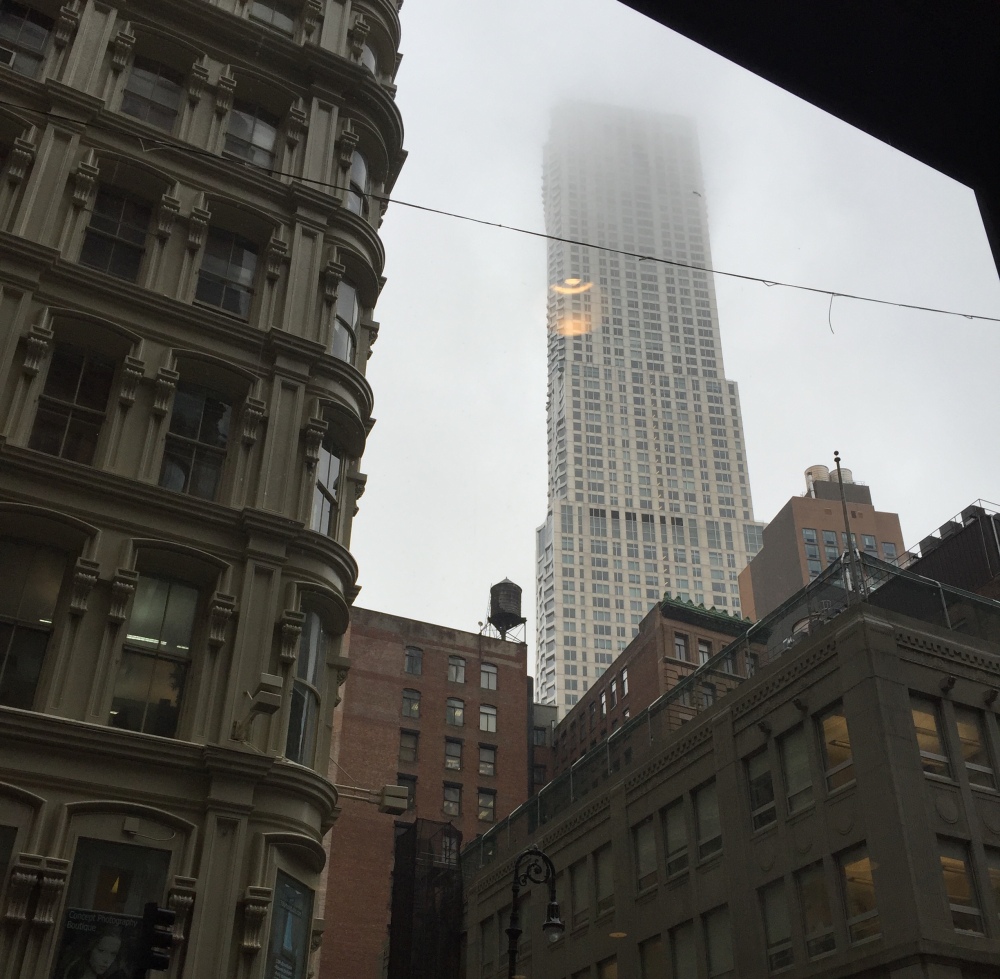 Whether this dream lasts 4 weeks or 6 months it will be something I won’t be forgetting, sharing an adventure with your best friend and the love of your life is something that can’t be erased.