Don’t get me wrong, I do love cars, I enjoy talking about them to an extent and I am partial to an episode of Top Gear on a Sunday night every now and again (don’t really mind Matt LeBlanc hosting either). However when it comes to the in’s and out’s of a car, I’m glad I have Cal to help me along the way.

I tend to look at the colour (yes I am one of those girls) and the interior, and if it has electronic windows, and a mirror on the driver’s side, or if the clicks on the dash are satisfying enough. The point is that it’s safe to say I don’t really get about what size engine it is, or its break horse power – and to be perfectly honest with you, I DONT CARE!  Is it pretty? Then ill have it thank you 😊

So I passed my test nearly 5 years ago now, my first ever car was a little RED Nissan Micra (you like how I told you the colour? haha, not that it matters) it was perfect for a first car, it got me from A to B, however it was soo OLD! and with me wanting to visit my best friend at Uni in Leeds along the M1 a lot in them days, it just wasn’t practical, and so dad banned me from driving on the motorway. I then switched to a Toyota Yaris, this served its purpose for 3 years, but it was just so god damn BORING!!! oh this car was red too 😉

Anyway, 2016 ‘the year of beth’ LOLS! I decided after coming back from NYC, I was far to swanky and cool (I’m half joking) for my boring old Yaris, I wanted something cute and cool and PRETTTTTYYYY!

I tested three cars on my search, so here is my version of a car guide, in the most girlie possible way. Boys? I’d look away now.

The first car I took for a test drive was a Peugeot 108, I instantly liked this car, it was red, although I think I would have preferred white or black (but there was something like an 8-13 week wait!) ERRR NO! However I took it out anyway. It had a huge sunroof that opened up all the way to the rear of the car, touch screen display, comfy cotton seats, (I hate leather seats) it drove lovely, very smooth and easy to drive. I can’t lie, I throughly enjoyed driving this car, and Blaine (our sales man) was a very nice lad, and lets say, he was good at his job! I nearly bought the car there and then. The other thing that I really liked was that it had the deal that ‘you only pay petrol’ (as I like to call it) so the price monthly would be your insurance and the payment of the car for 2/3 years. So you literally only have to pay to put petrol in. Everything else is sorted for you, which is such a relaxing thought! Anyway, (I must be growing up) as I told good old Blaine that I wanted to think about it, and test a few more cars first! Pat on the back for Bethy. 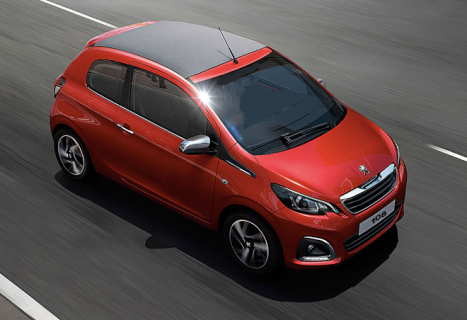 Next up was an Audi A1, this was my expensive option, although I don’t know if I really thought at the time that I would go for this car, I really wanted to test drive it. I’ve got to say, I really do LOVEEE these cars, ever since my dad had an Audi A3 I have died for one. Everything about it is beautiful, the interior the exterior, the drive, the features, just not the price.  In white, you’d look like a total babe, however, the cost was a bit out of my budget, although eventually, when Cal’s earning more….ooops I mean when I’m earning more, I will get one of these cars. They didn’t have the scheme for ‘only pay petrol’ it would need a deposit up front, then a hefty cost each month. 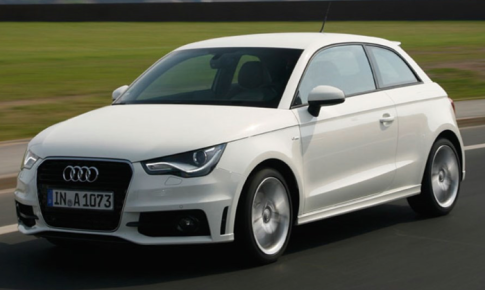 Last but most certainly not least is the Fiat 500, if you know me, then the surprise is already ruined, as this is the car I went for, and I most certainly made the right decision. Lots of people have said this car suits me to a T (however I’m not sure if this is a compliment or not) as the stigma with this car at the moment is that you went to private school, and live off daddy, and have a pony, which I most certainly don’t. Although I really wouldn’t mind! You’ve got to admit, this car is classy, its beautiful, and for the moment it’s the car to have. It drives unbelievably well, its cruz’s down the road, with its city steering you are never tight for space, its sunroof is a brilliant little touch, and the interior is all white, which makes the car sooooo bright inside. To top it off I got a brilliant deal as my dad works for BT and gets a discount on the deposit, which made the decision for me a lot easier. And our sales man Carl was just a babe as he said it’s like a bubble as it has 9 air bags, so if you crash, you just bounce along without a care in the world, he also sorted everything out so fast and even threw in some mats for free. I adore this car! 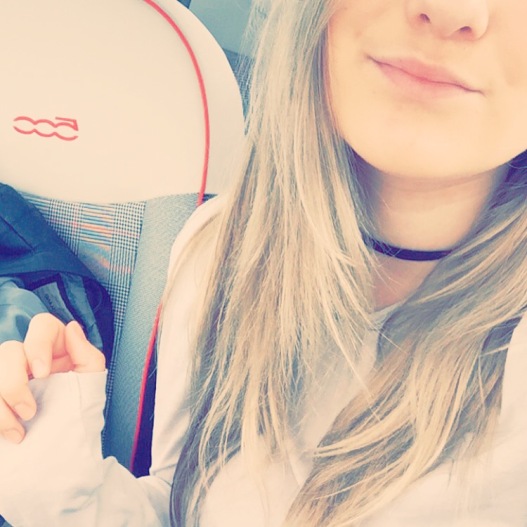 For any girls out there reading this and in need for a new car, I would advise the Fiat, however I think the Audi A1 was very high on my list. The Peugeot is definitely the cheaper option, and there is nothing wrong with that, it was still a great car, however it wasn’t as girlie as I was hoping for, you could expect your dad or boyfriend stealing this car to pop to the shops, however with the Fiat, they just look silly in it, so I can guarantee my car doesn’t go missing!!! 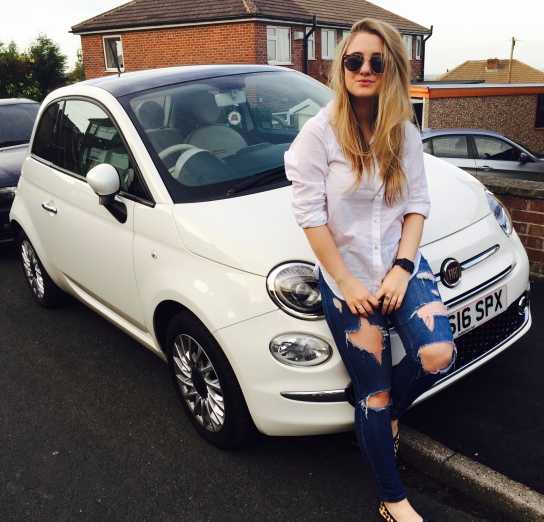 Hope this has helped to some extent, and boys I hope I havent made you cringe too much with my none technical way of putting things.